Skip to main content
Home / News & Offers / Who are we Scots? Part Four

Who are we Scots? Part Four

New to this series? You can read more about the history of Scotland, “Who Are We Scots” in parts one, two, and three!

An important element of what makes up the Scottish national character is our relationship with our neighbours in the United Kingdom, and how the country was shaped as a result. This week we follow on from last week’s episode and discuss the chaos the Romans left behind when they abandoned Britannia, and the beginning of the Saxon invasion... 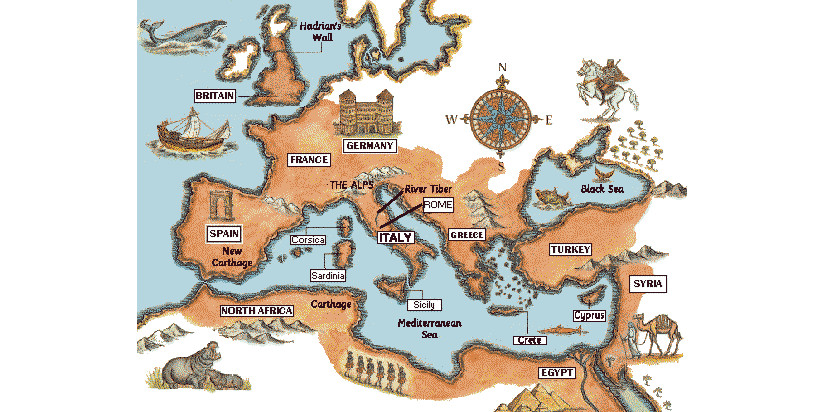 Momentous changes were taking place in Europe in the early & mid 4th Century. The Roman Empire was failing due to overstretching its resources. The sheer size of the empire  (which can be seen in the graphic to the left) meant the Romans were stretched too thinly across the continent. They were unable to effectively defend their new territories from land and sea attacks, and the empire crumbled beneath the pressure. The failure of the ruling Roman Empire caused a ‘power vacuum’ in countries all over modern-day Europe, including Scotland, with no leaders to pick up the pieces of the Roman Empire, and anarchy ensued.

With the Romans gone there was a struggle for power in Britannia, and in 425 AD., historians speak of a new King of Britannia; King Vortigen. King Vortigen was an influential ruler in post-Roman Britannia. Based in modern-day Gloucester, he had grand ambitions for the future of the land, wishing it to return to pre-Roman, Celtic values. His ambitions made an enemy in his rival, the equally influential war-leader Ambrosius Aurelianus.

Above you can see some basic differences between Roman and Celtic values. The two ways of life were incredibly different, and the opinions of the two leaders polarized the nation of Britannia, causing the natives to fight amongst themselves. This unrest distracted the nation of Britannia, and had a disasterous effect on the future of the country and it's inhabitants.

The rivalry between King Vortigen and Ambrosius Aurelianus led to one of the most important historical turning points to affect the British Isles; Vortigen, seeking more power behind him, enlisted the aid of mercenaries from Europe to fight on his behalf, strengthening his numbers. He recruited Saxons, noted warriors and pagans from the modern day Danish coast, and invited them to live and work for him in Britannia.

Vortigen’s new Saxon allies reinforced Britannia's defence against Pictish attacks, coastal invaders and even enemies enemies in his own land, led by his rival, Ambrosius Aurelianus.

Tensions between King Vortigen and Aurelianus were rising, and caused many to flee the Roman towns and cities, which were prone to being bombardered with attacks from both sides. The Picts did not relent in their attacks on Britannia, and with the King's forces stretched thinly, Vortigen increasingly relied on his Saxon warriors for defence. The Saxons crossed the North Sea in their droves, crushing the Picts and stemming the raids from the barbarians. However, as more and more Saxons arrived, their allied forces grew. They saw how potentially weak the native Britons were, and looked at their rich lands with an envious eye.

With the state of the country in disarray, the Saxons took the opportunity to turn on the Romano British.

In 456 AD, the Saxon leaders invited native nobles to a meeting at Stonehenge to discuss the ongoing warfare within the country. At the meeting, the Saxons grasped the opportunity to turn on the Romano-Britons and turned the meeting into a massacre; brutally slaughtering many nobles. News of the massacre reached influential families in Britannia, and many of them fled, crossing the English Channel to France to settle in modern-day Brittany.

With hundreds of Saxon mercenaries arriving in Britannia daily, Britannia's future was under threat. This is a time when a hero is required. Find out what happened in part 5 of Who Are We Scots.