Skip to main content
Home / News & Offers / Who are we Scots? Part Two

Who are we Scots? Part Two

If you're new to this series, you can catch up on last week's blog here! 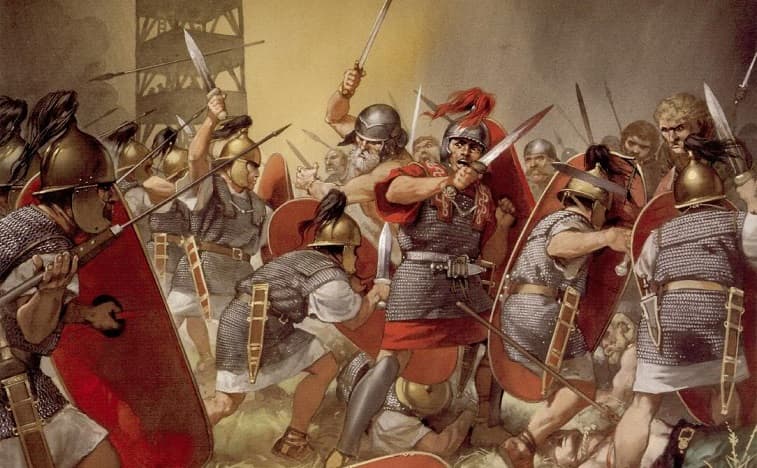 This week our topic is the Roman invasion of Britain. Before the Romans invaded, the Celts resided in Caledonia, or modern day Scotland, and lived in tribes ruled by Kings or Chiefs. There were no towns, most people were farmers and lived in small villages in roundhouses made from wood, mud and thatched roofs. There were no roads; the ancient Scots had to travel by boat or trudged along muddy paths.

At this time, 55 B.C., the Romans ruled Gaul, today known as France. Julius Caesar led his Roman army across the sea from Gaul to Britain with the intention of taking over our small island by force, making it part of his growing empire. After nearly a century of many battles, the Romans successfully invaded southern Britain in A.D. 43, and began their first venture into Scotland in A.D. 71.

The Romans successfully subdued the lowland Scots, however their campaign against the Highland tribes was unsuccessful. In A.D. 80, the new Roman Governor of Britannia, Agricola, constructed a substantial fort near modern day Melrose before pushing the Roman legions as far north as the River Tay.

One of the largest forts was built near Blairgowrie, north of the River Forth, with a capacity of 5000 legionnaires!

The Highland tribes were unhappy with their new neighbours, the Romans, and decided they would fight to both protect and reclaim their land. In the summer of A.D. 84, over 30,000 warriors from different tribes fought the Roman invaders at the battle of 'Mons Graupius'. The Caledonian tribes suffered a heavy defeat, with a third of their warriors killed in battle, while the rest fleed into the forest. This battle would have been very similar to the battle scene at the beginning of the Hollywood film, Gladiator!

The Romans celebrated their victory, but were unwilling to pursue their invasion of Caledonia further. The landscape of old Scotland was harsh, and the Caledonians defended their land fiercely. The Romans believed there was no economical gain from invading Caledonia and retreated. The large fort at Blairgowrie was abandoned, and by A.D. 87 only the southern area of Caledonia remained under Roman occupation. They withdrew to Hadrians Wall, a fortified wall stretching from the Solway Firth to the River Tyne in modern day England - not far from the present border between England and Scotland.

Despite their retreat, the northern Highland tribes continued to attack the Romans and in A.D. 139, the Legions again moved north against these troublesome tribes. The Antonine Wall was built, situated from the Firth of Forth to the Firth of Clyde, as an attempt to reaffirm their conquest of Lowland Scotland, and keep the Highland tribes out!

The Antonine Wall effectively split Scotland in two and separated the Lowlands from the Highland tribes. The wall became the northernmost limit of the Roman Empire, but it did not last long.

As a result of the continual warfare, the many tribes of Caledonia began to join forces in their fight against the might of Rome. The Scottish tribes were just too willing to engage in warfare against what they regarded as 'oppressors' and within 20 years the Antonine Wall was abandoned, and the Roman frontier again became Hadrian's Wall.

But do not be fooled, the fight between the Romans and the Caledonians did not cease with the wall.

The Romans, along with the help of their new allies, the southern British, invaded the Highlands of old Scotland on several other occasions, which some Historians have called genocidal in their intent. It is written that the Romans lost over 50,000 legionnaires in attempting to subdue the Caledonians. Some say that one of Rome's greatest legions, known as the Ninth Legion, disappeared without a trace whilst campaigning in Scotland.

Finally, in A.D. 211, a peace was agreed and the Romans never again ventured deep into Caledonian territory.

Hadrian's Wall, then the northern frontier of the Roman Empire, did not stop the northern tribes from raiding the rich hinterland of Roman occupied Britain. These tribes had since joined together to form what the Romans now called the 'Picts', and raided south of the border on a number of occasions, becoming more common as the power of Rome waned in the 3rd & 4th Century AD.

So what was the Roman legacy to Scotland? How did it shape the Scots as a nation?

Some argue that the distinction between modern Scotland and England began when the Romans failed to conquer Scotland. The native tribes of Southern Britain (England) became fully Romanised for over 300 years, but the northern tribes never were. The Roman threat forced the tribes to work together and this eventually led to the formation of the Pictish Kingdom.

It could also be argued that the actions of the tribes in continuing to fight, harass and weaken the Roman occupation of Britannia helped set the stage for the beginnings of the birth of the nations of Scotland, England and Wales in the coming centuries, and had an effect on modern day France, Germany and Spain.

Find out how all this came about when we look at what happened when the Romans left Britannia, forcing the Romanised southern British tribes in modern day England to fend for themselves against the non-Romanised Pictish barbarians of the North.