Skip to main content
Home / News & Offers / Who are we Scots? - Part One

Who are we Scots? - Part One

It's well known that Scotland was invaded by many different cultures which shaped the country to how it is today. In this series, Who are We Scots, our guest blogger John will be discovering who the Scottish nation really are, what we're made of, and what makes us tick. 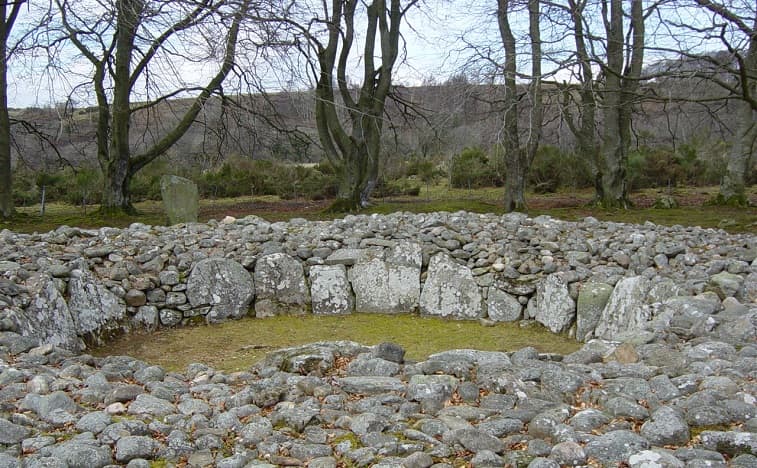 We start with a timeline of Old Scotland...

No traces of habitation have been found in Scotland before the last ice age (which ended in Scotland approximately 10,000BC). It is believed that Scotland only became inhabitable after the ice began to retreat. Before this, our wee country was covered by an icy glacier and uninhabitable! Here our story of the Scots begins!

Did you know..?
After the ice age, rising sea levels cut off our wee island from Ireland and mainland Europe, creating Britain!

Early Scots were hunter-gatherers, and they domesticated animals such as cattle and sheep. They used the environment they dwelled in to their advantage; surviving off shellfish, fish and deer, they used tools of bone, stone and antler and crafted trinkets from seashells.

An early settlement dated to 8500 BC was found at Cramond, a small town on the outskirts of Edinburgh. Stone tools found at the site predated all finds in Britain. Other sites located near lochs, rivers and dotted along Scotland's east coast have uncovered large numbers of primitive shelters, building a picture of early Scots as highly mobile people, often using sites seasonally for fishing and transporting goods.

The First Farmers and the Neolithic Period!

Between 4000-2000BC, also known as the Neolithic Period, early Scots adopted farming and lived in more permanent dwellings; they cleared settlements of trees, constructed stone buildings like those at Scara Brae, on the Scottish island of Orkney, and introduced goats, pigs and horses from mainland Europe.

In Neolithic times, the older you were, the more important you were, and thus logically the deceased were the most important of all. Ancestor worship became the centre of people's lives and great emphasis was placed on burial rituals.Magnificent tombs were built as houses for the dead, some of the finest of which are the Clava Cairns. Located near Inverness, the cairns are a group of exceptionally well-preserved Bronze Age burial cairns, estimated to be around 4000 years old. The prehistoric cemetery can be visited on our 2 day Loch Ness, Inverness and the Highlands tour.

Over time, the early Scots learned about new materials, how to melt, mix and mould them to create tools and weapons. The Scots began to use bronze, a mixture of copper and tin, instead of stone. Bronze was much easier to use than stone, as it could be set into countless shapes, and therefore much more effective and precise for making tools.

The Iron Age in Scotland began around 750 BC, and was not an archaeological phase, but rather a cultural phase in British history. Native craftspeople mastered iron smelting and decorated their metal work with exquisitely intricate designs. These Iron Age Scots wore colourful dyed and patterned clothes, whereas their warriors wore golden torcs around their necks and fought war chariots drawn by horses.

These Celtic warriors were skilled horsemen and hunters; known for their fierce fighting and famed for their feasting, boasting and storytelling. Their battles echoed the sound of the war horn - the Carnyx, and worshipped pre-Christian gods and goddesses.

Next week we will discuss the Romanisation of Britain, their fear of the Scots and why they needed to build not one, but two walls to keep the Scots out of England!