Skip to main content
Home / News & Offers / Burns' Night - Why do we celebrate it, and how to have the perfect one.

Burns' Night - Why do we celebrate it, and how to have the perfect one.

Every year on January 25th, the people of Scotland celebrate Burns' Night on the night of what would be Robert Burns' birthday. The poet is famous the world over for his contributions to the literary world, but why is he so celebrated here, and how do you throw the perfect Burns' Supper? 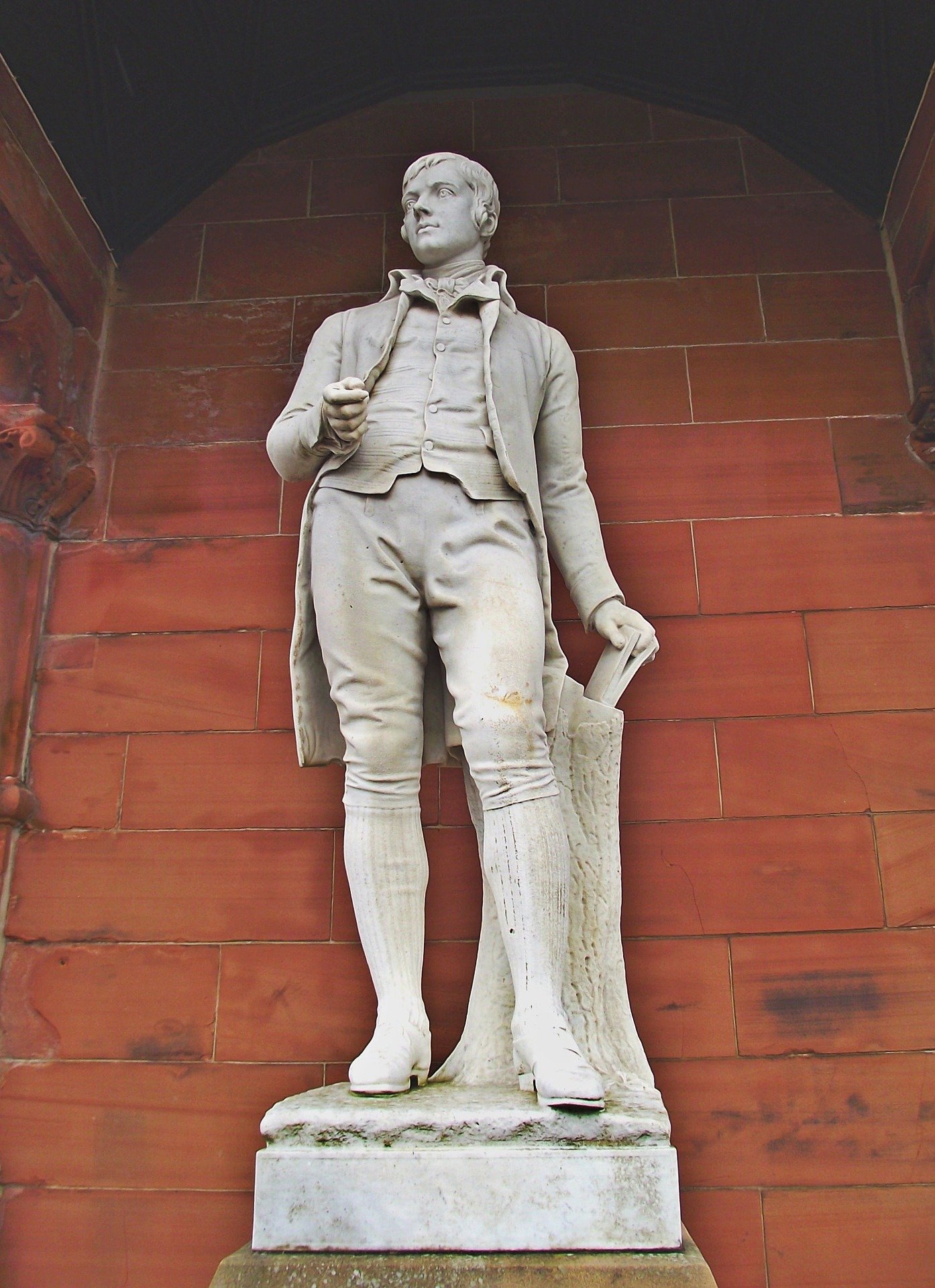 Every year in Scotland, on January 25th, we celebrate Burns’ Night. Almost considered a 2nd National Day after St Andrews’ Day in November, this is the night where we Scots celebrate the life and works of Robert Burns, a poet and lyricist, and arguably one of Scotland’s most notable figures. He is much loved here in Scotland, he even beat William Wallace in a TV competition in which the people here voted for the Greatest Scot ever.

Robert Burns, or Rabbie as he is more affectionately known here, was born on the 25th January 1759 in Alloway, just south of Ayr in Ayrshire. The house he was born was built by his father and still stands today, although it now functions as the Burns’ Cottage Museum.

He was a poet and a lyricist, who’s impact can still be seen on Scottish literature and culture to this day, as well as having a lasting influence worldwide in countries like Canada, the USA, and Russia. In fact, the first postage stamp ever made of Robert Burns didn’t come from Scotland or even the United Kingdom, but actually Russia – they put him on a postage stamp in 1956 to commemorate the 160th anniversary of his death. Some of his best known works include “Ae Fond Kiss”, a love song often heard at weddings, and “Tam O Shanter”, a tale of witches set in Ayr, not far from where he was born. Every Hogmanay, people all around the world sing Auld Lang Syne, a song written by Robert Burns himself and one known all over the English-speaking world – showing just how important a figure he remains to this day.

Burns died in 1796, and 5 years after his death, the first Burns’ Supper was held, when a group of his friends and fellow poet threw a dinner part to commemorate his life, on what they believed to be his birthday – January 29th. It wasn’t until records showed that his birthday was actual January 25th that the tradition of Burns Night began to fall on that date.

Whilst he originally hailed from Alloway, throughout his life, he stayed in many places throughout Scotland, meeting many people who influenced his works. From Tarbolton, Kilmarnock, Dumfries, to our capital city, Edinburgh, he often wrote about the places he went, the people he met, and where he would like to visit, planning to leave for Jamaica with one of the women who he was involved with.

If you ever wanted to follow in his footsteps, you could do a Robert Burns tour with us by booking a Private Tour with our expert team – starting in Edinburgh, you could visit his portrait in the Scottish National Portrait Gallery, before heading towards the west coast, visiting Alloway and his home, and even the Tam O'Shanter bridge. Click here to learn more about our Private Tours service. 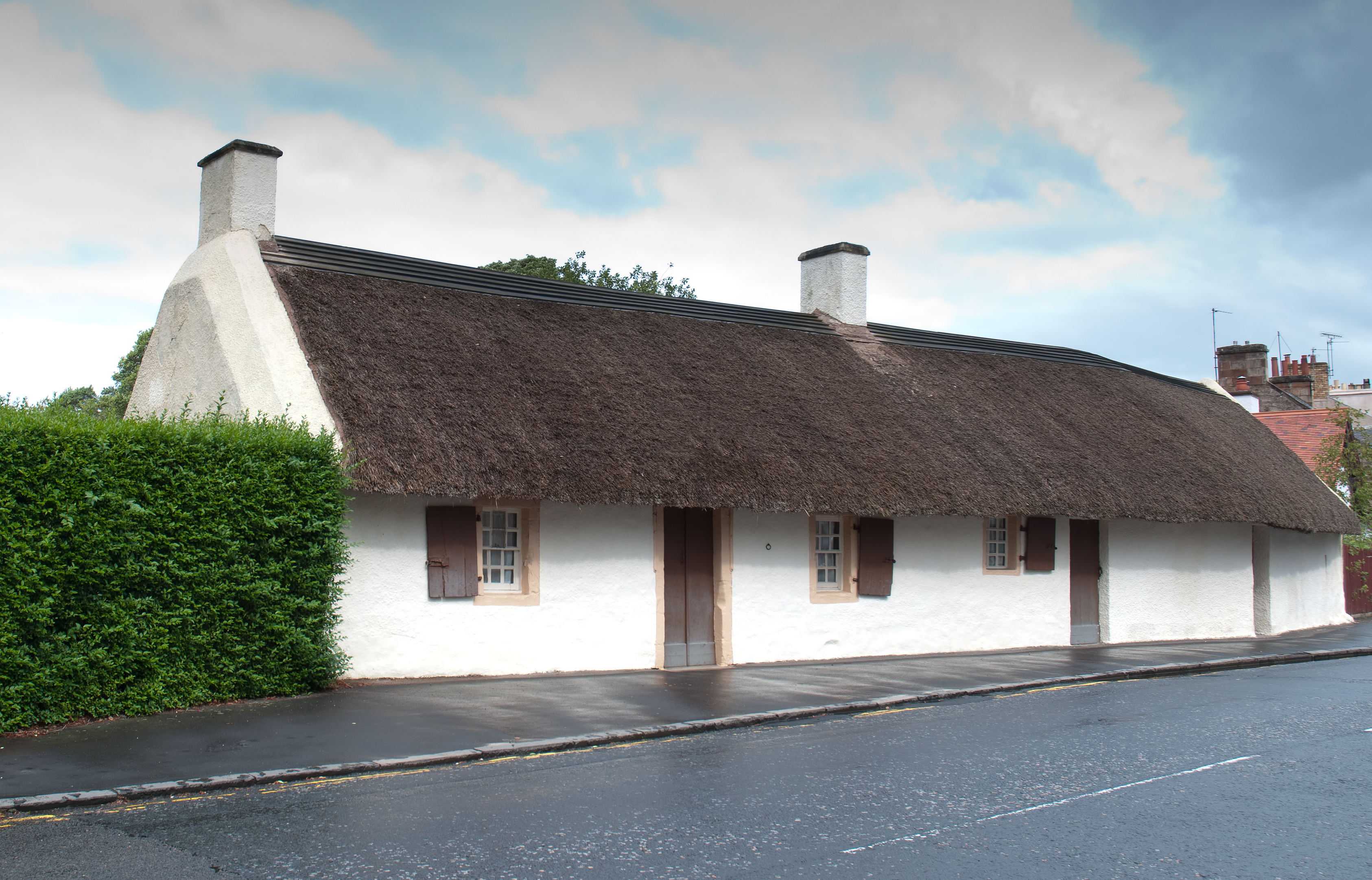 But what happens on Burns Night and how do we celebrate it?

The most common way to spend Burns’ Night is by attending a Burns’ Supper. These vary from town to town and everywhere will have their own traditions for celebrating them. Whether that’s attending a large, formal Burns’ Supper, shared by many throughout your neighbourhood or village, or just hosting your own in your dining room. Whilst they may differ from place to place, there’s a few things that are likely to happen at every Burns’ Supper up and down the country.

To start the evening

To begin with, if it’s a pretty formal event, the guests may be welcomed into the room with bagpipes playing. If you’re just throwing one in your living room, feel free to just play some traditional Scottish music over your phone as your guests arrive. There will then be a reading of the Selkirk Grace, many believe that Burns’ himself wrote this, but it was actually already known in the 17th Century. Once everyone has been welcomed and seated, it’s time for the food.

For the first course, it will usually be a traditional Scottish soup like lentil, cock-a-leekie (basically just chicken and leek), or Cullen Skink (a creamy fish soup). There’s no set rules for this, so have whatever you fancy for a starter. A lot of people incorporate haggis into their starters too, for example, haggis bon bons, or just a smaller portion of haggis to start and something different for the main course.

The main course is the star of the show, and more often than not, it will be haggis. At a traditional Burns Supper, the guests will all stand and the haggis will be piped into the room, carried on a silver platter. There will then be someone who performs the “address to the haggis”, as this is done, the haggis will be cut open and then it’s ready to serve – usually with neeps and tatties (turnip and potato). If you’re taking part in Veganuary, trying to cut down on your meat, or just don’t like the sound of what’s actually in haggis (sheep heart, lung, and liver, with other things like suet and oatmeal, all encased within it's stomach and boiled) – vegetarian haggis is a great alternative and just as delicious! 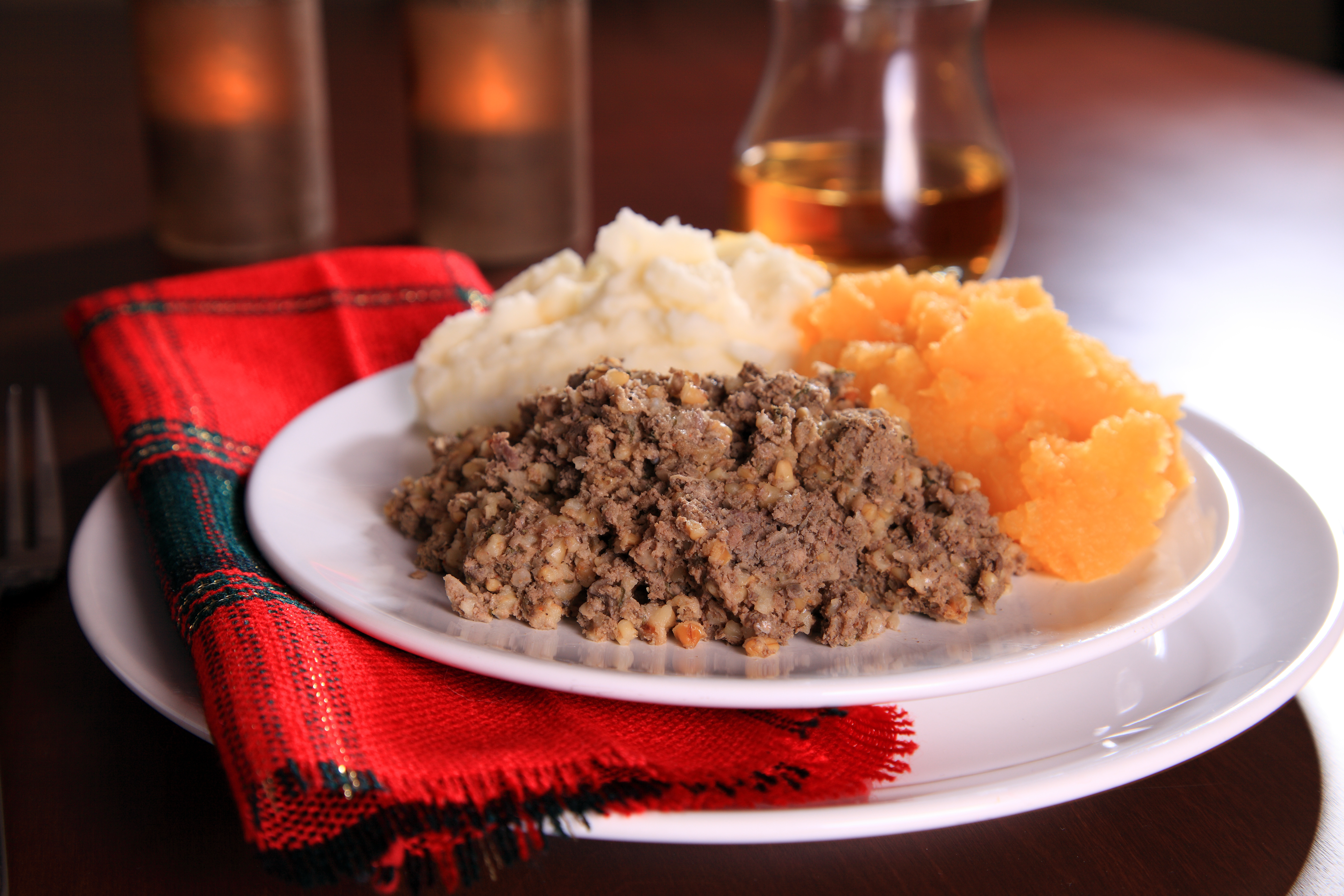 After the mains, it will likely be something like a cranachan for dessert. Cranachan is a traditional Scottish dessert made up of cream, raspberries, oats, and whisky. There might be a wee cheeseboard as well, full of cheese from across Scotland. Of course, this will all have been washed down with a wee dram, or a nice glass of Irn-Bru! 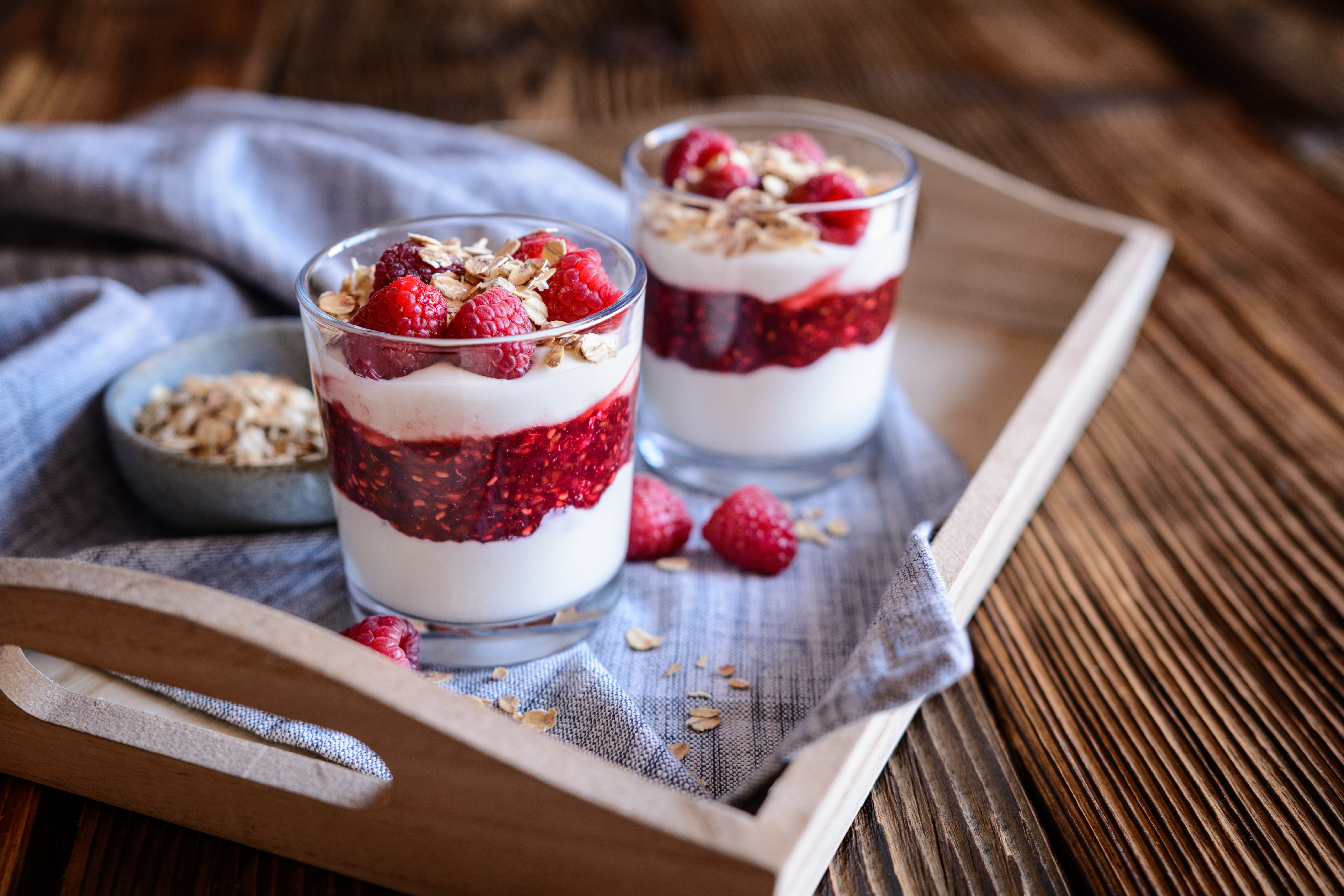 Once everyone’s stomachs have settled, there will often be readings of Burns’ poetry, and more often than not, there’ll be a ceilidh, just like the one you might have on St Andrew’s Day. Think traditional Scottish music, a lot of dancing, and the chance of someone’s auntie flinging you across the dancefloor during a Strip the Willow. As you can tell, it doesn’t take a lot of convincing for us Scots to have a ceilidh.

And that’s how you have the perfect Burns’ night! While there’s usually a more set-in-stone plan of action if you’re going to a larger, more formal Burns’ Supper. If you’re just doing it yourself you have a bit more freedom to do it how you like, just make sure you raise a toast to Rabbie Burns, whether it’s whisky, Irn-Bru, or something else – that’s up to you!

If you’re celebrating it this year, we hope you have a great time!