For many, William Wallace was seen as a defender of a nation, and the epitome of commitment to an Independent Scotland. For others, Wallace was an outlaw, a murderer and a traitor. 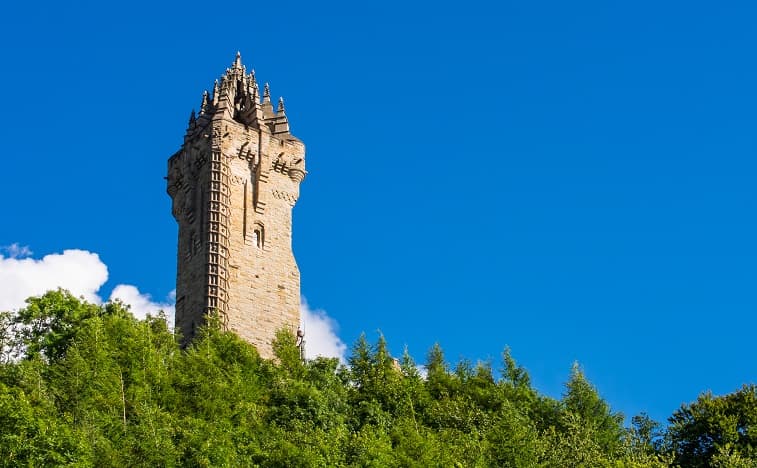 So who was William Wallace?

Little is known of Wallace prior to 1297. We know that he was the son of a Scottish knight and a landowner. He was certainly educated and given his later military exploits, it is believed he may have had some previous military experience.

What is known is that William Wallace's rise to power was fast.

Scotland had been conquered in 1296 by England. Many Scots were imprisoned, taxed and forced to serve the English King Edward I. This led to many rebellions against their new ruler. It is here we first hear of William Wallace, as he killed the English Sheriff of Lanark, William Heselring. This act quickly earned him notoriety and his name began to be well known.

As his rising gained momentum, his followers, now large in number, struck the English at Scone, Ancrum and Dundee. At the same time in the North, riots were spreading. Inverness and North-East Scotland was taken by young Andrew Murray and the MacDougall clan cleared the Western Isles. Wallace's rising drew strength from the South, and with the majority of Scotland liberated from English occupation, Wallace and Murray faced battle against the English army.

On 11th September, Wallace and Murray were victorious at the Battle of Stirling Bridge. The English suffered huge losses, with over 5000 fallen, including their despised treasurer, Hugh Cressingham, whose flayed skin was taken as a trophy and crafted into a belt for William Wallace's sword. Andrew Murray unfortunately died from his wounds a few months later.

Wallace was made Guardian of Scotland and knighted Commander of the Army of the Kingdom of Scotland.

However, Wallace's luck was about to change...

Wallace managed to flee the battleground and little is known of his movements thereafter. He resigned his guardianship of Scotland and travelled abroad to seek support for the Scottish cause.

When he finally returned to Scotland, he found Robert the Bruce had signed a truce with the King of England. Wallace had been excluded from all terms and a price was put on his head - dead or alive. He was seized near Glasgow in 1305, transported to London, charged with treason and executed. His head was placed on London Bridge, his limbs in Newcastle-Upon-Tyne, Berwick, Stirling and Perth as a warning to all those who tried to cross the English King.

You can learn more about William Wallace and his exploits on our 1 day Loch Lomond, the Trossachs and Stirling Castle tour and visit Wallace Monument on our 2 day Eilean Donan, Loch Ness and the North West Highlands tour.