The Reintroduction of the Lynx to Scotland

The lynx is considered a "medium sized" wild cat. There are 4 main species of lynx; Eurasian, Canadian, Liberian and Bobcat, the smallest being the Canadian and the largest being the Eurasian. The lynx is very solitary and is rarely seen as it hunts at night. Being the third largest predator in Europe (behind wolves and brown bears) they have been known to hunt quick animals such as hares and animals 3 or 4 times bigger than itself such as deer however during the summer it is more likely to hunt sheep and other small mammals. As well as having excellent hearing and sight to complement their hunting abilities, some believe that the black tufts on the tips of their ears act as whiskers, allowing them to feel things around them.

The Eurasian lynx lives in over 40 countries throughout North Asia, the Middle East and Europe. This species of lynx was previously present in Britain but became extinct roughly 1300 years ago or if cultural sources are to be believed, they became extinct in the Medieval Period. There have been many who would like to see the Eurasian lynx reintroduced to Scotland to reduce the over-population of deer.

Lynx UK Trust have been engaging in discussions to reintroduce the cats on a trial basis in Inverness-shire and Argyll after 1300 years of being absent from Scotland. The 10,000 square miles of land proposed could "comfortably be home for 250 lynx" according to Lynx UK Trust with the purpose of helping to control the deer population. Dr Paul O'Donoghue of Lynx UK Trust stated: "This is a classic example of the negative impacts that come with removing species like the lynx from an ecosystem." This has received some support from local landowners however not everyone is in agreement... 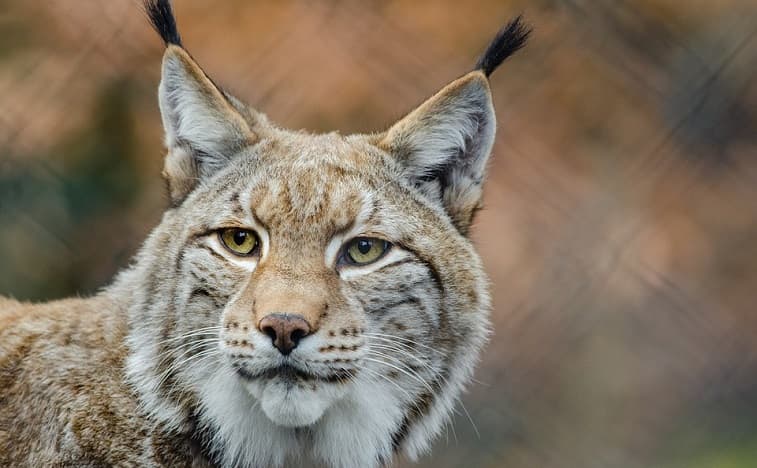 Opposition to the re-introduction

The NFU (National Farmers Union) has stated their concerns in opposition to the proposal to reintroduce the lynx back to Scotland branding the latest consultations a sham and said that this "does not in any way, equate to an application for release in Scotland." Andrew Bauer (NFU Deputy Director of Policy) went on to say; "This is a far more complex matter than those pressing for the release of lynx would have you believe." The NFU has also made attempts to halt the process of reintroduction by appealing to various stakeholders, politicians and officials by expressing their concerns about the affect of lynx on livestock. "On the forrest edge, there will be significant predation of ewes and lambs and no amount of warm words and reassurances will convince any farmer or crofter otherwise" stated Andrew Bauer.

John Fyall, the Scottish regional chairman of the National Sheep Association is appealing to the Scottish Government and the Scottish Natural Heritage to indicate that they will halt the proposals to reintroduce the lynx back into Scotland. "The sheep industry is facing extreme exposure in the Brexit debate while struggling with current support measures." He argues that because of these, they should be focussing on these current issues rather than spread their resources by having to deal with the proposals to reintroduce the lynx as well.

When the Lynx Trust tried to gain permission to reintroduce lynxes to Kielder Forest (England) they were met with similar resistance. The Lynx Trust claimed that they would create a "sheep welfare programme" which would provide grants for the building of fences and outbuildings and it was also proposed that free llamas could be given to farmers to guard the sheep. Yeah, you read that right. Llamas. To guard sheep. It sounds like a strange idea but apparently they have been used in the highlands before to guard sheep from another small predator; foxes. You can read more about this here.

The future of lynxes in Scotland

It is unclear how this will turn out, both sides make valid points about the benefits and problems with the reintroduction of the lynx and it seems like this will not be resolved any time soon. However it is a possibility that in future there will be wild cats roaming the highlands of Scotland once again.

A year on and there hasn't been much reported change with neither side of the debate backing down.

The Chief Executive of the National Sheep Association, Phil Stocker claimed that: “If those raising the debate from the side of the lynx were more open to discussion and willing to hear counter points, they might understand the problems that reintroducing this wild cat would bring... UK farming is not set up to deal with this kind of predator, and we feel very strongly that its reintroduction would be hugely damaging.”

The argument for the reintroduction of the Lynx still persists that it would be a good control for deer population in Scotland and will restore a natural balance to the ecosystem and the Lynx UK Trust claim to have found even more support from landowners.

However the reintroduction of these cats has had mixed results of success in other countries. The lynx population in Switzerland of 250 have caused losses of 20 - 50 animals per year however they reduce roe deer numbers by 12,500 according to Dr Hetherington's book about the benefits and challenges of the reintroduction in Scotland. He would argue that farmers could be paid compensation for livestock losses and "would need to be reassured that negative local impacts could be managed". Norway has seen a more significant negative impact. Members from the National Farmers' Union took a trip there and apparently the Norwegian authorities paid out compensation for nearly 20,000 sheep losses with 34% of that being due to lynx. Many farmers in Norway are reported to have left the industry.

A Scottish Government spokeswoman has stated that they have no plans to introduce the lynx to Scotland. “Any private organisation wishing to release lynx in Scotland would need a licence from Scottish Natural Heritage and we are not aware of any such application.”