Our final blog in the lead up to Halloween explores one of the most ghoulish stories in Edinburgh, centred on Greyfriars Kirkyard. The paranormal goings-on here have enthralled visitors to the city… and there’s the dog too. 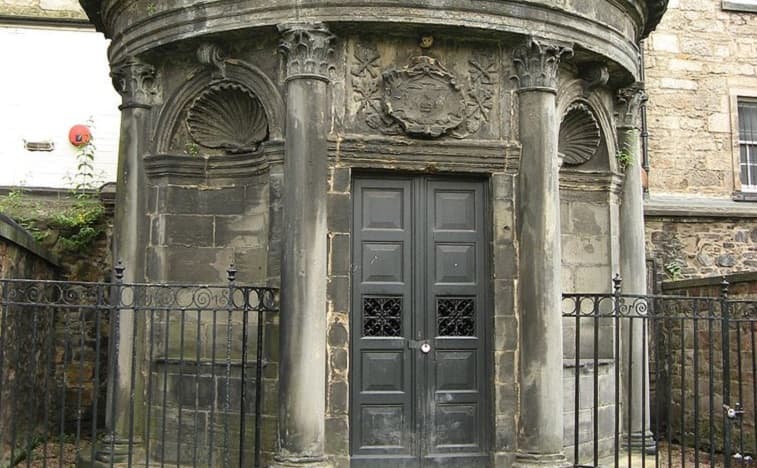 Located about 10 minutes’ walk from Edinburgh Castle, Greyfriars Kirkyard has been used as a graveyard from the 16th century. In the 18th century, part of the grounds were used as vaulted tombs with the area becoming known as the "Covenanters' Prison". The Covenanters were Presbyterians who were imprisoned on the grounds of the Kirk and many were executed for their faith. This was led by Sir George Mackenzie, but more on him later.

The Kirkyard is famously known as the resting place of Greyfriars Bobby, the faithful Skye terrier who lay by his master’s grave for 13 years. His headstone is located at the entrance to the Kirkyard, and his statue can be found nearby. Just remember, do not rub his nose for luck, as there is no basis for this and it’s damaging the statue!

Recently though the Kirk has become synonymous with another resident, the Mackenzie Poltergeist, who haunts and attacks those who enter the grounds. There is a mausoleum on the grounds which is where Sir George Mackenzie’s body rests. Mackenzie, the Lord Advocate of Scotland in 1679 was responsible for the persecution of the Covenanters and had hundreds tortured and executed due to their faith on the grounds in which he is buried. This led to him being nicknamed ‘Bluidy Mackenzie’!

It is said that in 1998 a homeless man in need of shelter spotted the mausoleum and decided to break the lock and enter. Surrounded by the coffins of Mackenzie and his relatives curiosity took a hold of the man so he cracked one of them open. As he did so the floor caved in and he fell into the pit beneath, which contained the bodies of plague victims discarded here years before, due to the vacuum by the mausoleum on top these bodies for still in a state of decomposition.

Unsurprisingly the man fled from the scene in a state of horror and since then there have been strange occurrences taking place at the mausoleum ever since. Visitors have had a myriad of experiences when near the tomb such as being bitten, scratched, kicked, pushed, burned, feeling sick, being hit by a cold force and strangled.

These events led to the City Council sealing the mausoleum and locking this section of the Kirkyard from the public so that none could enter nor approach. The only way to approach now is through organised tours where no one can be left alone to explore. Not surprising considering that there has been over 500 reports of the poltergeist assaulting visitors.