The Legends of a Lost King - James IV

On this month half a millenia ago, Flodden Field was not deserted. It was the scene of one of the the bloodiest battles in Scotland's history, taking place on 9th September 1513. 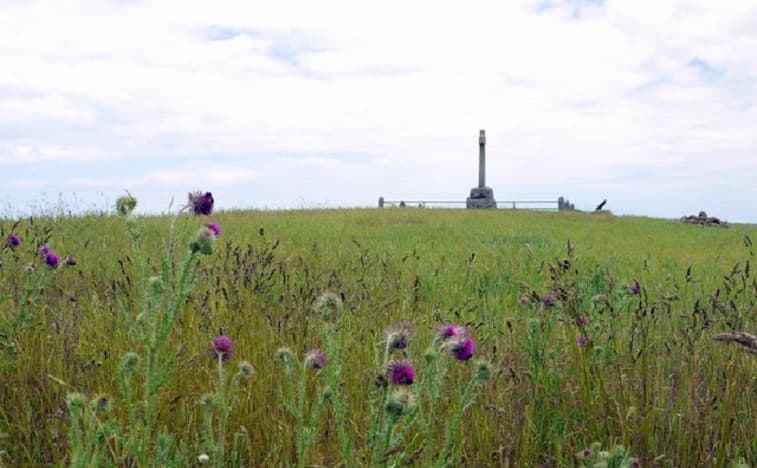 Responding to a call for aid from France, King James IV of Scotland invaded England, his larger, powerful neighbour. The resulting battle cost him his life and rid Scotland of much of its ruling class.

But why did James IV invade his larger neighbour, and why was Flodden such a disaster?

King Henry VIII was ruling in England and fighting a war in France. Henry led his army personally and left his new Spanish wife, Catherine of Aragon, in charge of England in his absence.

Under the obligations of the Auld Alliance, Scotland was honour-bound to aid the French and invade England. The Scottish King saw the opportunity to attack England in Henry's absence and took it.

But James believed greatly in honour. He declared war on England, but sent them a letter one month in advance advising his neighbours of his intent to invade. This gave the English precious time to establish an army and prepare for battle.

The battle was in Scotland's favour:

But when the Scots arrived at Flodden, they found their retreat was cut off by the English. They were forced to take a different approach and moved to Branxton Hill nearby, a hill atop of a field oversaturated with water, rendering it a boggy mire of mud.

The scots still had the advantage - their position, their numbers and their weaponry were all far superior to the English. It should have been a catastrophe for England.

But the move to Branxton meant their cannon could not be properly positioned and were rendered useless. Their swiss pikes hadn't sufficient time to train, and after coming under fire from the English they made a fatal tactical move - they advanced downhill to the slippery, boggy battleground.

The Scottish lines unravelled, unable to co-ordinate themselves in such treacherous conditions and the undertrained pikes proved no match for the more traditional and professional English billhooks used by King Henry VIII's army.

James IV believed in tradition and led his army from the front alongside the majority of the Scottish nobility, whilst the English army led from the rear. They fought fiercely for three long hours. King James IV of Scotland was said to have came within a spears-length of Surrey, the leader of the English army, before he was wounded by an arrow and amid scenes of slaughter, he fell and was hacked to death. He became the last King to die on British soil.

The toll of defeat for Scotland was huge: around 15,000 men died in the space of 3 hours. Such an immense death toll was not matched until the battles of World War I.

Due to James IV's decision to traditionally lead from the front, within three hours the Scots had lost their King and huge numbers from the Political classes - the brains, leadership and military prowess of the Scottish nation. With only James IV's infant son left to rule, Scotland was to endure years of unrest, while its international importance diminished.

James' body was identified on the battleground and taken by the English to Berwick, where it was embalmed and placed in a coffin before being sent to London.

Catherine of Aragon, King Henry VIII's wife, was the recipient of the grisly package. She sent the Scottish King's surcoat, stained and slashed, to her husband in France to use as a war banner.

But the question still remained - What to do with the late King's body?

James IV had been excommunicated from the church as punishment for breaking the Truce of Pepetual Peace by declaring war on England. Under these circumstances, a proper burial was out of the question.

So the body was left the rot in the woodshed of the monasteryof Sheen and was long forgotten about.

Rumour has it workmen of the monestary played football with the late King's head, however there isn't much hard evidence for this.

What we do know, is the head was taken to Great St. Michael's Church in London, where it was dumped in a charnel pit, the last resting place of stray bones and crypt sweepings.

The monastery of Sheen and the London church have since been demolished, making way for a new golf course and pub.

Perhaps we never will learn of the final resting place of King James IV.