Shakespeare's Macbeth: the man behind the story

The classic play Macbeth, by the quintessential and celebrated British playwright William Shakespeare, is known throughout the world as a tale of scheming, murder and prophecy, but did you know it was based on a real historical figure? 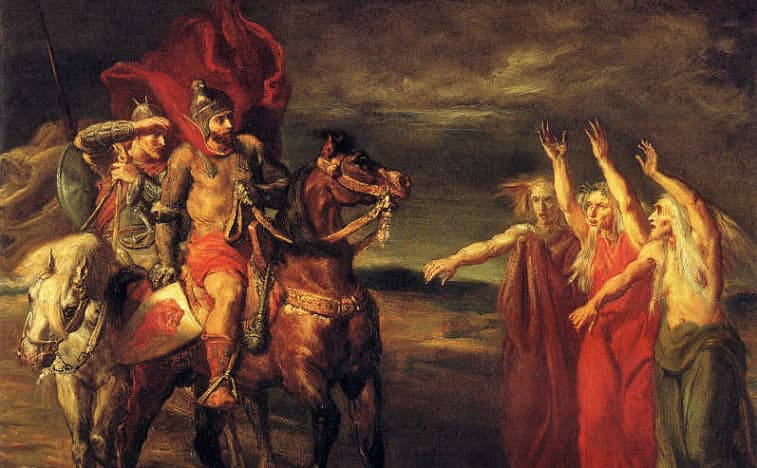 The play Macbeth is about the rise to the throne and the murderous deeds that are enacted to secure this power by Macbeth, a Knight of the King. This is instigated by a prophecy received from 3 witches though this does not secure Macbeths courage when it comes to possible rivals and thus blood is spilled… enough to keep Game of Thrones fans enthralled.

Known as the Scottish play when performed in the theatre outside of Scotland, due to the superstition that mentioning the plays name inside the theatre will bring disaster. There are several theories as to why this happens; the most popular being that the ramblings of the witches is real and inflicts a curse on those in the production!

Mac Bethad mac Findlaích or Macbeth, was King of Scotland from 1040 until his death in 1057 at the hands of the future King Malcolm III during the invasion of the English forces. The previous king, King Duncan I was killed in battle during a skirmish in Moray, the army of which was led by Macbeth as those were his lands. Upon his death, Macbeth was crowned King with little resistance to his claim of the throne.

Information on Macbeths reign as King is vague to say the least but the battle that would lead to his death was the Annals of Ulster, where it was summarized that there were over 4000 casualties with Macbeth’s forces taking the brunt of the death toll.

Unlike the way he is portrayed in the work by Shakespeare, it is said that Macbeth was a kind ruler and nowhere near the murderous character that he would come to be known as. It is theorised that this was for propaganda reasons at the time, as the King of Scotland during its publication was descended from King Malcolm III.

Despite the historical inaccuracies of Shakespeare Macbeth it’s still a wonderful tale and is continually updated and expanded upon – a new adaption filmed in Scotland and England starring Michael Fassbender as Macbeth will be arriving in the cinema soon. A good portion of the film was filmed on the Isle of Skye and in Northumbria in order to showcase the lands that the play invokes and references.

Timberbush Tours currently conduct a 1 day tour to the Holy Island, Alnwick Castle and the Kingdom of Northumbria as well as our 3 day tour to Skye. Take a tour and see the dramatic scenery that was battled for so long ago, fictional or not…