Irn-Bru is famously known as Scotland’s other national drink (after whisky) and can be recognised by its fluorescent, even radioactive orange colour. It is a true favourite of the Scots, and it is somewhat iconic of Scotland. In fact, Irn-Bru has recently been put into the ‘Urban Dictionary’ being defined as “Nectar of the gods, made in Scotland”. 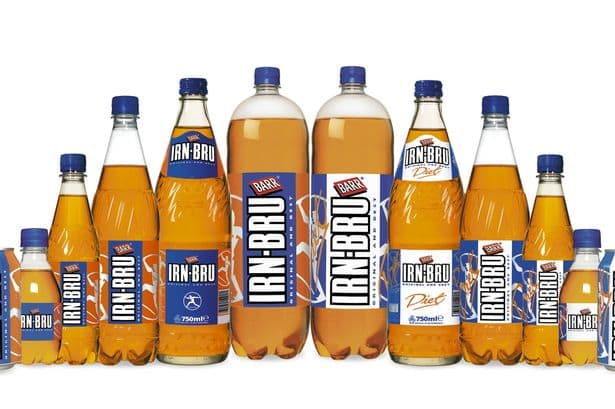 Here are a few essential facts about the Scots National Drink;

The Barr family have been making fizzy drinks in Scotland since 1880 but it was in 1901 that they launched the previously named Iron Brew. However, when the Second World War ended, the government brought in new food labelling legislations and as Iron Brew was not technically ‘brewed’, the name had to be changed. The phonetic spelling was used and that is how ‘IRN-BRU’ came to be!

Irn-Bru, just like coca cola, has a secret recipe that only a handful of people know about.

The secret formula is known by only three people in the world,

The three are said to never travel on the same plane for security reasons!

The mystery person who shares the secret formula has written it down and stored it in a bank vault somewhere undisclosed in Scotland.

Mr. Robin Barr wants to keep the tradition of passing it down from generation to generation. It has been revealed that once a month, the essence of the fizzy drink is mixed by Robin Barr himself, in a sealed room at the headquarters in Cumbernauld. Even though Mr Barr retired in 2009, he continues to carry out this monthly visit!

Irn-Bru is also traditionally famous for its controversial marketing campaigns which usually appeal to the typical Scottish sense of humour. The most popular advert is a tongue-and-cheek play on the popular childrens book, 'The Snowman'. Watch a link to the snowman advert here!

Another example of a comical Irn-Bru advert is where they used the tagline. "When I'm a burger I want to be washed down with Irn-Bru". Although some may find offensive, it is a typical example of the cheeky Irn Bru advertising style.

Irn-Bru is a true Scottish favourite. Some would even say that drinking Irn-Bru is part of their national identity! So next time you are visiting Scotland, make sure you get a glass bottle or can of Irn-Bru (perhaps whilst on tour with us!) and let us know what you think!